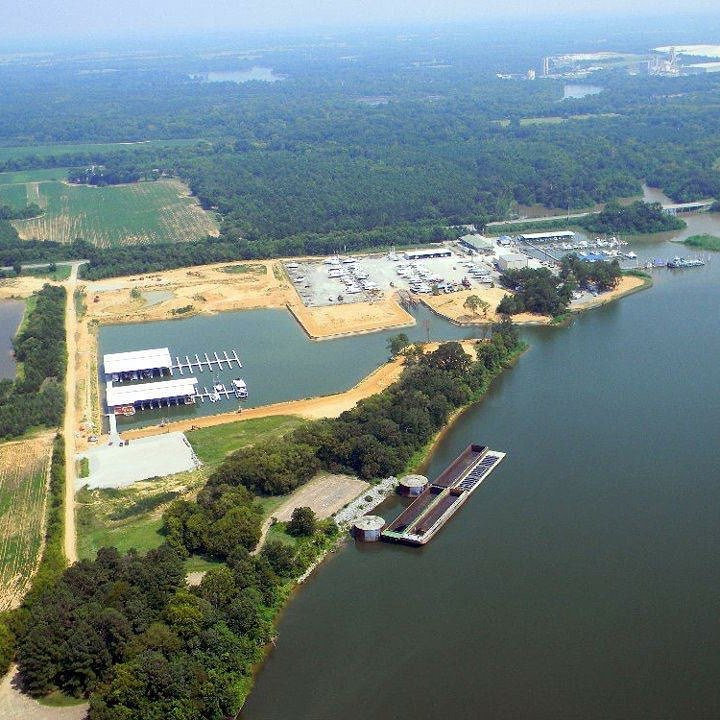 Kingfisher Bay Marina is the dream of two men, Mr. Arthur Taylor and Fred Hansard. The dream came into existence many years ago. In the beginning there was a field that was being farmed by a local farmer. The two dreamers decided to have the field cored to test the sand for the quality and the depth. Well, we found out that the sand was just great for the local cement plant. So guess what happens from here? You guessed right! We started selling sand to the cement plant. To start with the sand was being dug out with a trac hoe. As time went on the hole got bigger and deeper, so enters the dredge and the dredging started. In March of 2017 the dredging was completed in phase one of Kingfisher Bay Marina.

We applied for our permits during the first quarter of 2010. In November of 2010 construction started on Kingfisher Bay Marina. The bulkhead was the first construction project that was started. Next the dock construction started and also a new travel lift pier was constructed. On July 15, 2010 we put the first boats into the marina. The boater’s laundry and restroom/shower building were completed in September of 2010. This building also has a boater’s social area with wet bar on the top. It also has a flat screen tv, so that boaters may gather and watch ballgames and other events on tv together. We hope you can come and visit us some time in the future while you are traveling on the Tenn-Tom Waterway. See ya soon!!